Which Is The Best Month To Ski In Whistler?

With Whistler’s long winter season running from November to May, and sometimes even early June, first-time visitors are often left wondering which month to book. Whilst each year is different and conditions are up to the mercy of the snow gods, the team at Mabey Ski concluded that the best month to ski in Whistler is March – you can expect heavy snowfall, sunny days, smaller lift lines and a more stable snowpack.

I sat down with the team at Mabey Ski to discuss the pros and cons of each month. With over 750 days of skiing at Whistler Blackcomb under my belt, I’ve broken down each month, based on historical snow and a ‘typical’ Whistler season, to give you a little more insight. 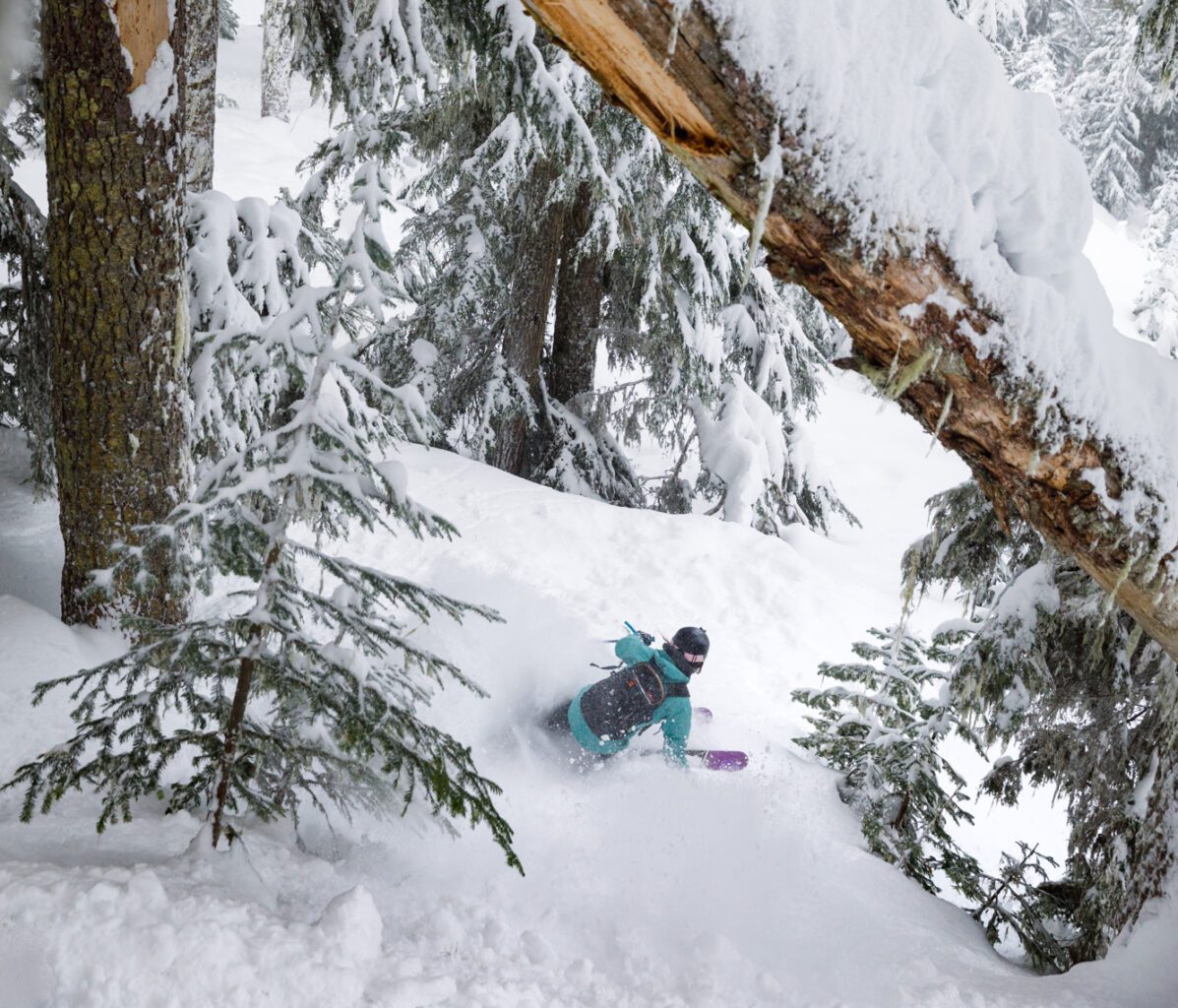 Typically Whistler Blackcomb opens for early season skiing sometime between 14th and 30th November. There is usually only one mountain open during this period and it is very much early season skiing. Watch out for hazards on slope, and don’t use your brand new skis – they will get beaten up! Having said this, we have seen some amazing powder days in November, but expect early season conditions and limited runs to be open. Typically any snow on the mountain will translate to rain in the village and won’t begin to settle in the village just yet.

Check out some of our Whistler adventures here 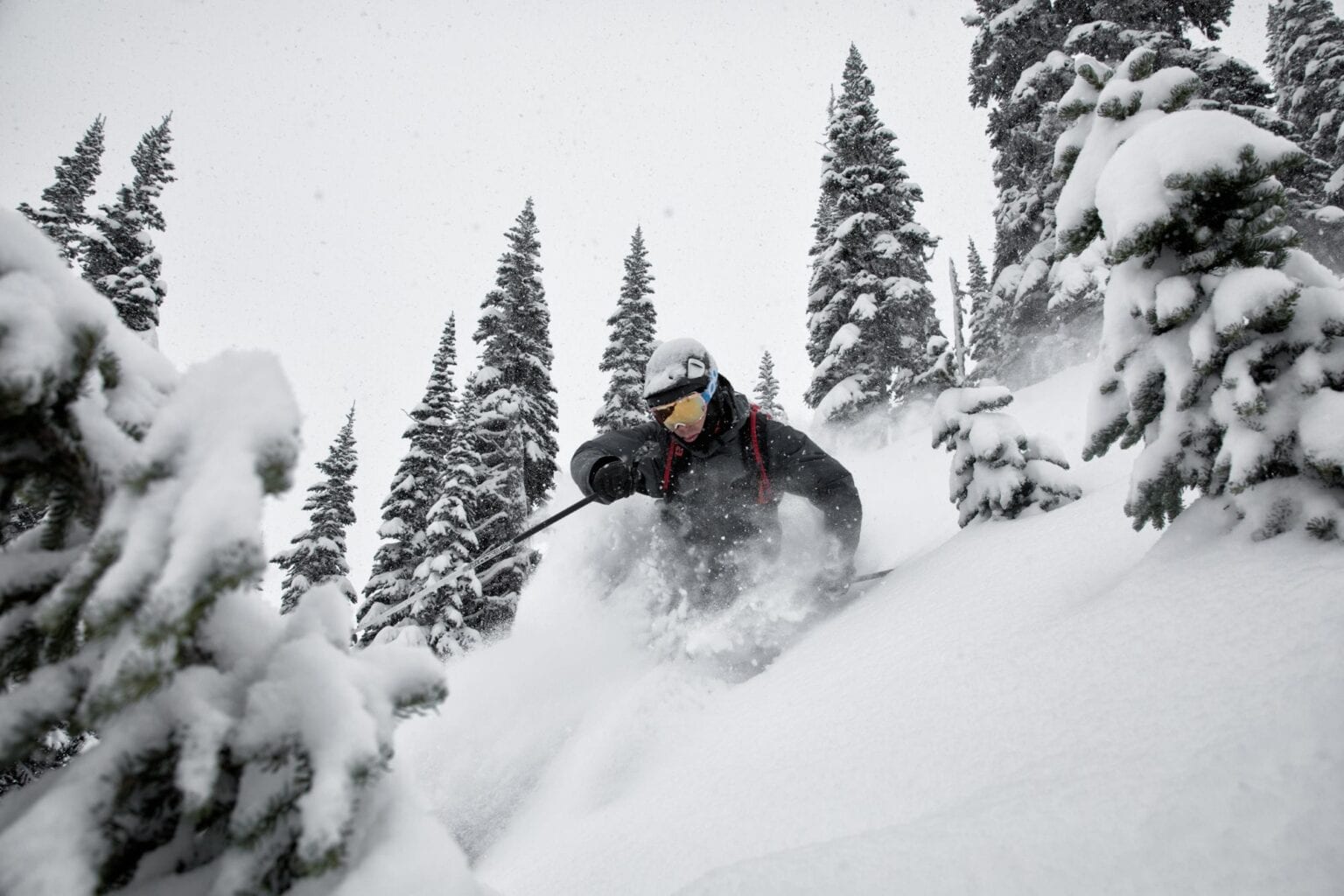 The snow starts filling in some of those holes by December, and the second mountain opens up by the end of the month. Whistler Blackcomb typically sees a lot of snow in December, and it begins to settle in the village when the temperatures are low enough. The alpine lifts (those above the tree-line) usually start running in mid to late December, depending on snowfall. The Christmas lights come on in the village at the beginning of the month and look truly spectacular! Peak holiday season kicks off on 20th December and ends around 9th January – expect prices to be at an all-time high as well as longer line-ups. Looking to avoid the lift lines at Whistler? Let our team show you how. If you’re looking to book any restaurants during your stay, I would recommend making a reservation at least a few weeks in advance. Skiing in mid to late December can be excellent, and you should be able to ski down to the village by the 20th on a typical year. 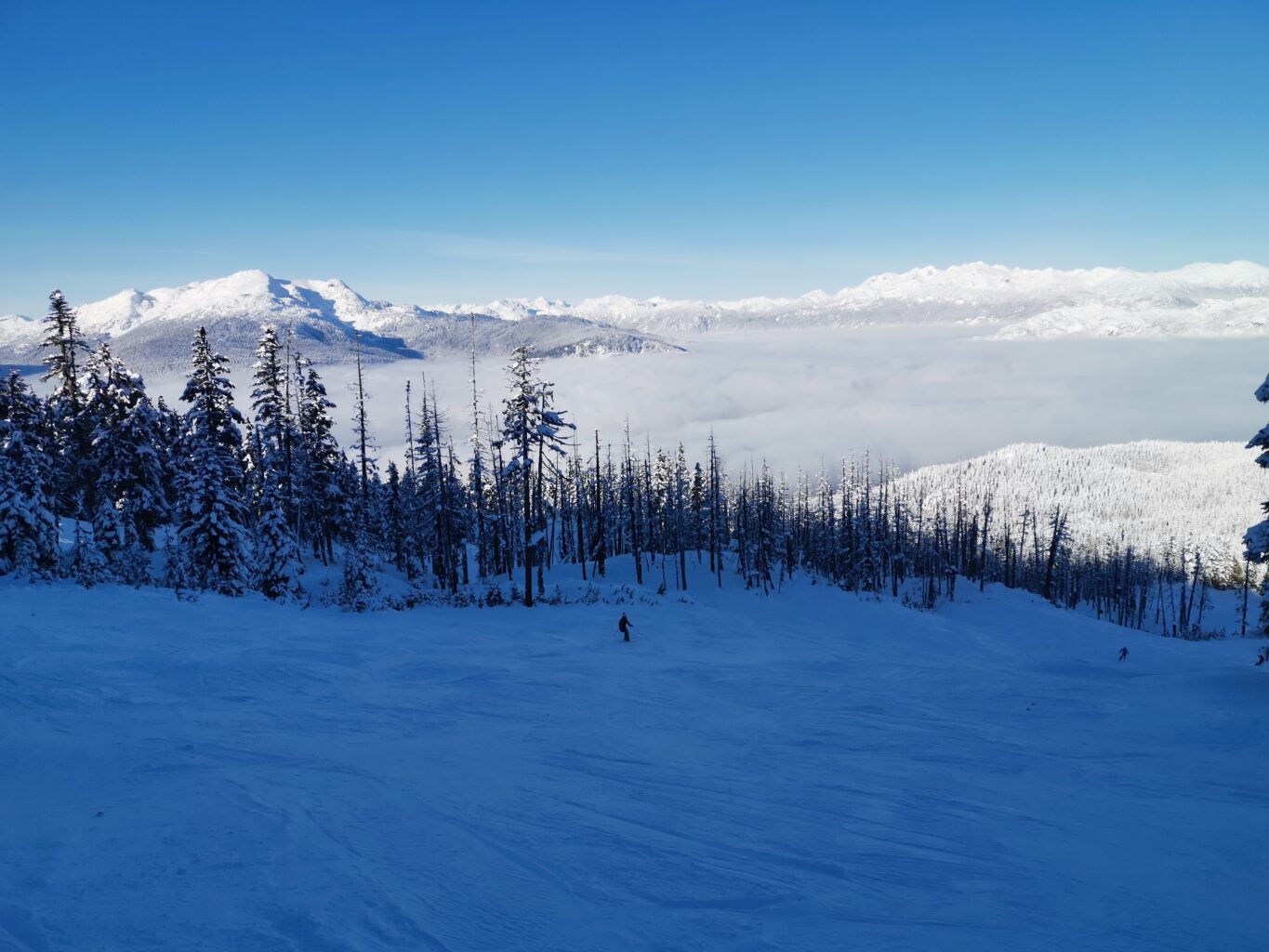 New Year’s Eve is a great time in Whistler, but be prepared for larger-than-usual crowds. They tend to die down around 9th January, and with that the room rates typically drop a little too. Snowfall is usually excellent and both mountains should be completely open by mid January, including all alpine lifts and backcountry access gates (one on each mountain). High snowfall does of course mean that visibility can be lower, so don’t forget to pack your low-light lense goggles and make sure you have a good waterproof outer shell. 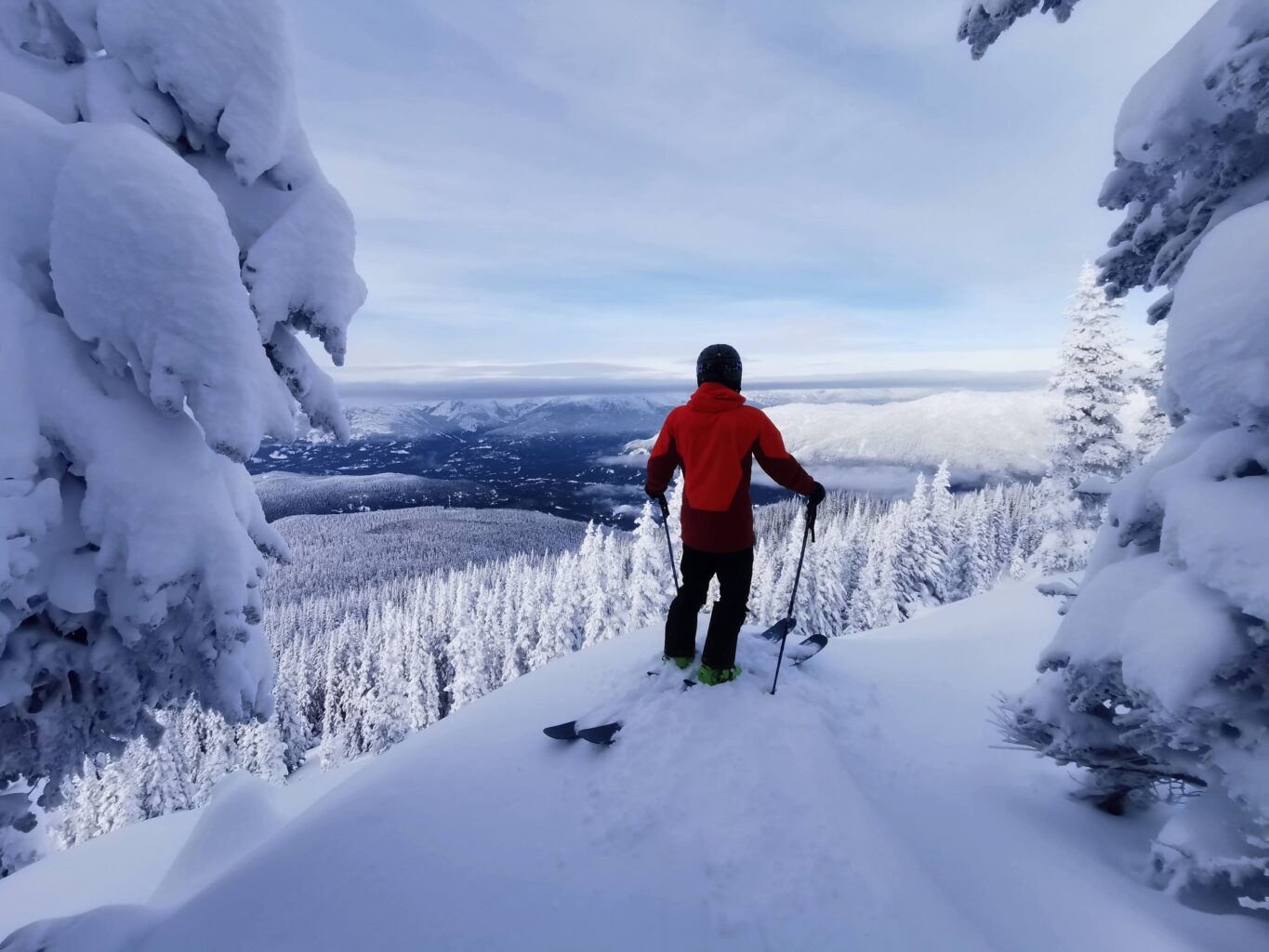 On the whole, February is one of the best powder skiing months of the year – the resort is fairly busy; however, with all the lifts open crowds tend to disperse and the lift lines aren’t as long. Whistler Blackcomb has done a great job in upgrading chairlifts in both capacity and speed over the past few years, so even the more intimidating-looking lift lines actually move pretty quickly. The date to watch out for in February is Presidents’ Day (a US public holiday) – it lasts for a week in the middle of February and can mean higher rates, bigger crowds and large groups of younger college students from the US. It makes for some great people-watching at the après-ski bars in the village! 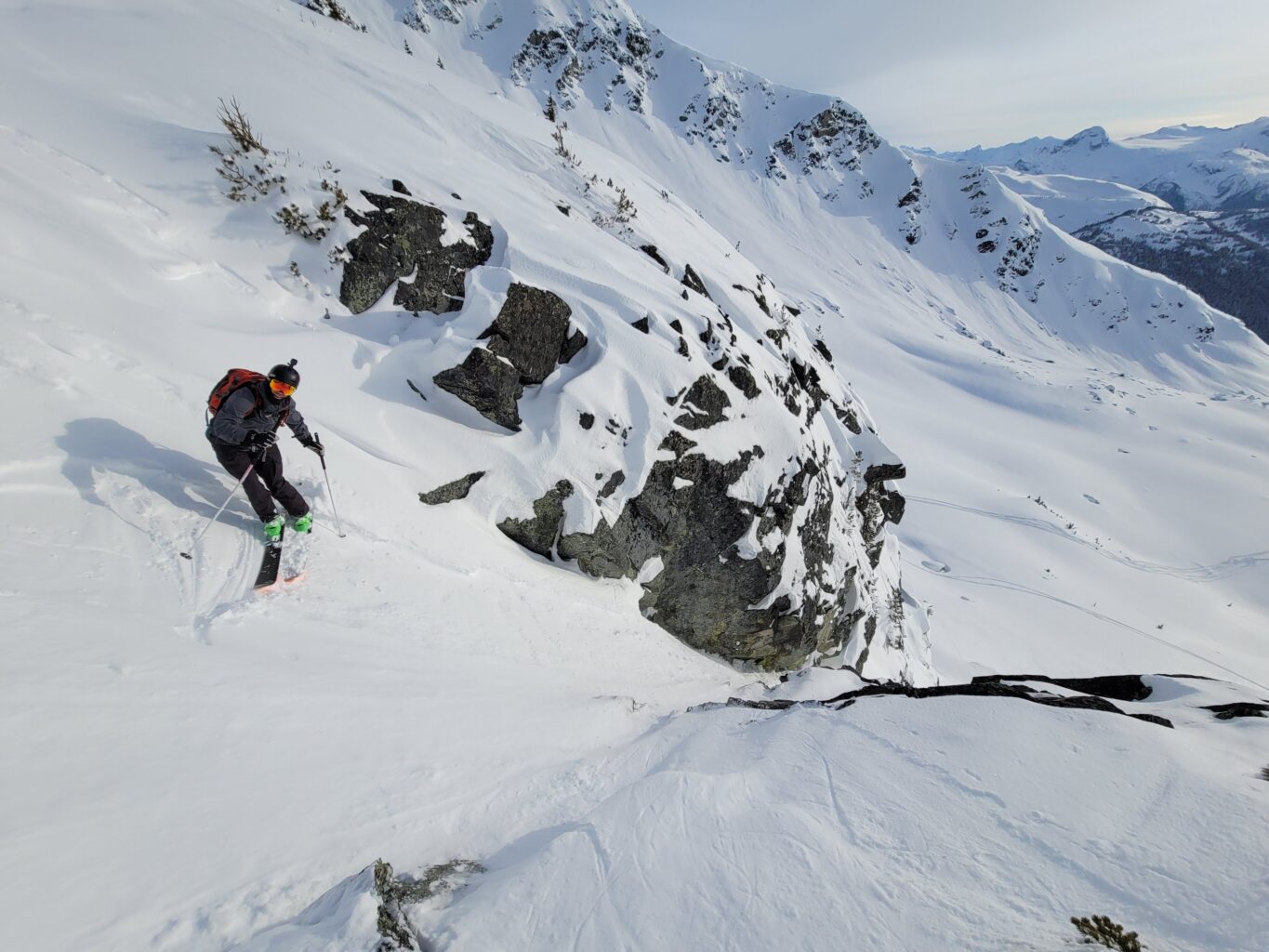 Probably the team’s favourite month to ski in Whistler – the crowds tend to disappear, and historically March has some of the heaviest snowfalls of the year and therefore the biggest powder days, hence the local adage “March Madness.” Temperatures are still low enough to ensure good snow from top-to-bottom and the backcountry snowpack starts to settle down enough to ski some of the larger and steeper runs (make sure you have taken an avalanche course before heading into the backcountry and remember to check the avalanche forecast before you go). Rates are typically lower throughout March.

Best ski adventure for March: Whistler and The Wilderness 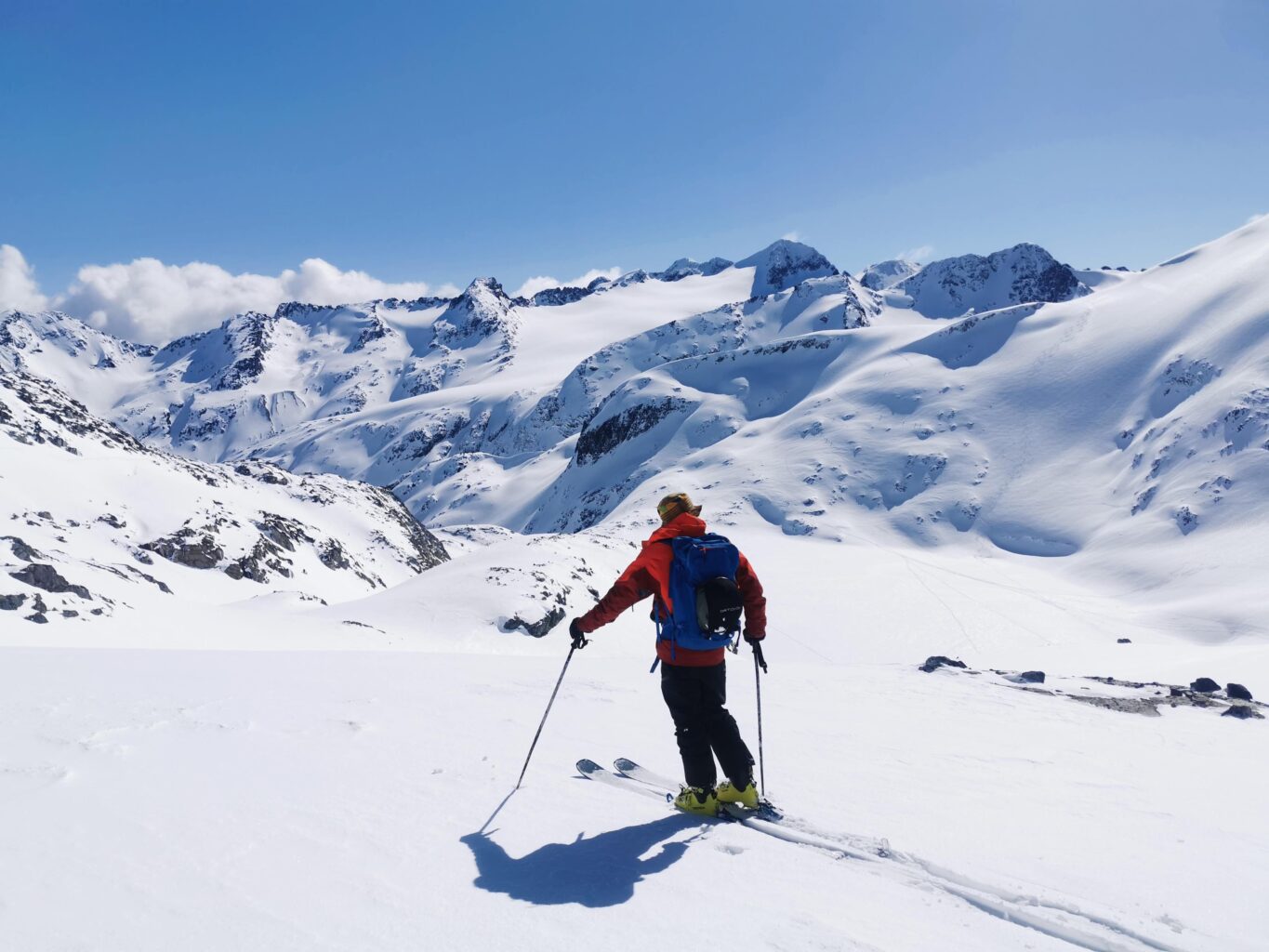 The sun generally starts to poke its head out in April. With slightly warmer temperatures, views for miles around, fewer crowds and great skiing conditions, April is an amazing time to ski in Whistler. Expect the odd powder day; however, early starts are a must as the snow often deteriorates with higher temperatures later in the month. In mid-late April the ski-out to the village becomes a little bit patchy – time to break out those rock skis again! Backcountry skiing is usually at its prime in April – longer days, a more stabilized snowpack and blue skies make for some incredible days out there. If you’ve never skied the backcountry before, April is a great time to take a guide out for the day! Rates are at their lowest in April.

2022 update: We had one of the snowiest April’s on record, just to perfectly demonstrate how unpredictable the weather can be here! With 15+ powder days, the season really ended with bang, and the snow kept falling well into May. 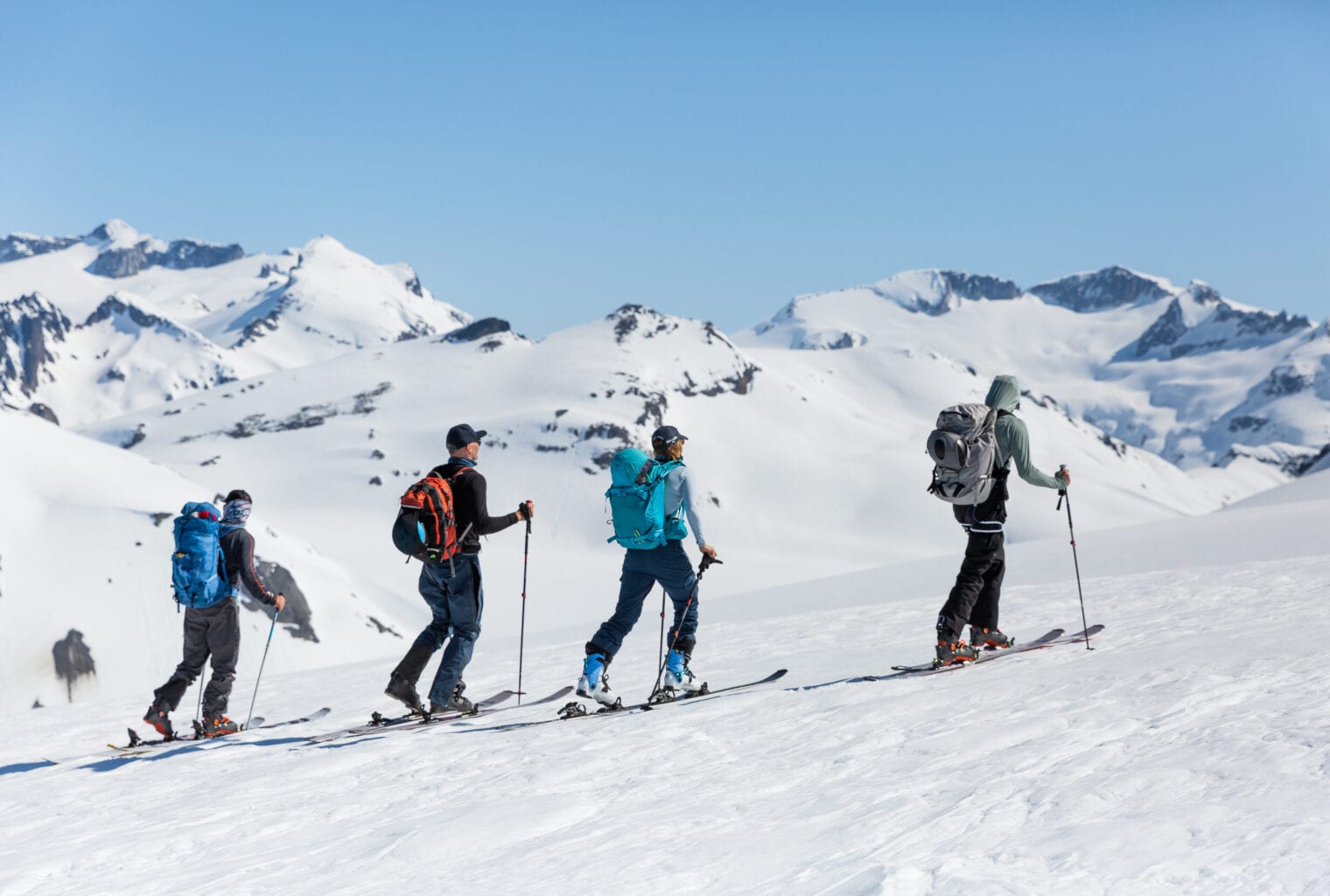 Skiing in Whistler: May

Usually the final month of skiing in Whistler (although we did once ski until 7th June one year!). Expect to be skiing in a shirt or t-shirt with long sunny days and extended opening hours. The snow is often a little icy in the early morning after an overnight freeze, though it doesn’t take long to soften up, and turns to deep slush by the late afternoon. You’ll generally find prime ski conditions between 10am and 1pm at this time of year – especially in resort and in the parks. The backcountry starts to turn from powder into spring “corn snow” which is an amazing experience in itself – don’t forget your wide brim hat and sunscreen though. 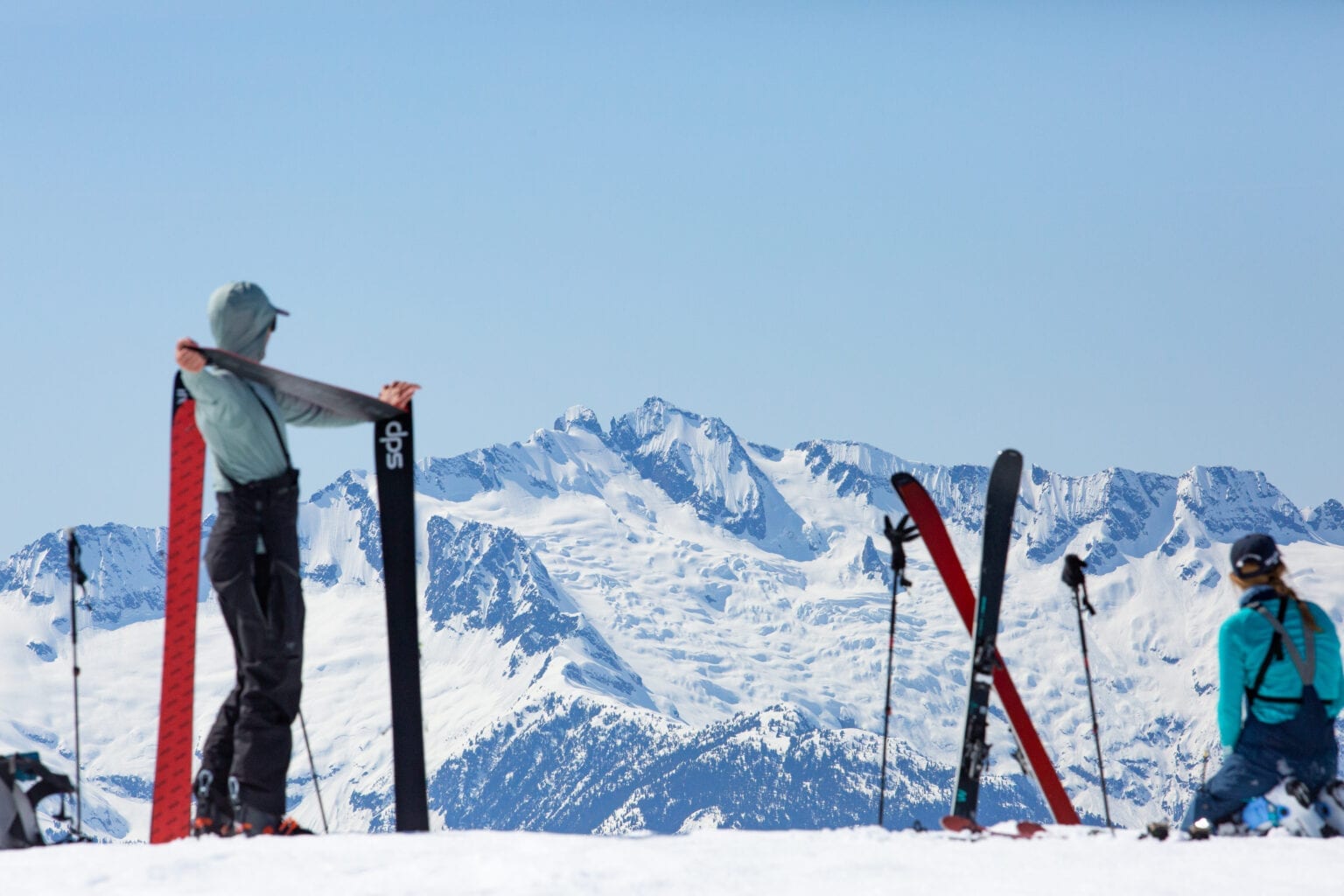 Who is Mabey Ski?

Situated in the heart of Whistler village, Mabey Ski is an adventure ski company made up of long term local skiers, who share the passion for pushing boundaries, creating life long memories and redefining the idea of the conventional ski trip.

Nickie and her team have spent many years seeking out the very best cosy boutique hotels, larger-than-life ski guides, and local activity partners, to curate some of the most unique and exciting international ski trips on the market. With a focus on insider local knowledge, and boots-on-the-ground support in destinations around the world, we challenge the idea of a “conventional” ski trip and create unique ski adventures that allow our guests to experience destinations, like a local.

Looking to book your next Whistler ski trip with a real local? Contact us today. 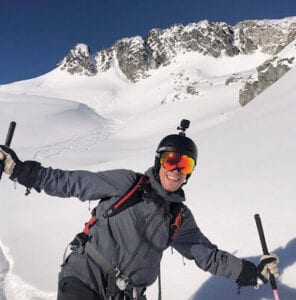 Originally from the UK, Ben has spent the past 10 years living, working and playing in the steep-and-deep powder skiing mecca of Whistler, Canada. Ben has many years experience curating unique ski adventures for guests around the globe, as well as having his AST 1 and 2, glacier travel, crevasse rescue and Avalanche Operations Level 1 certifications.