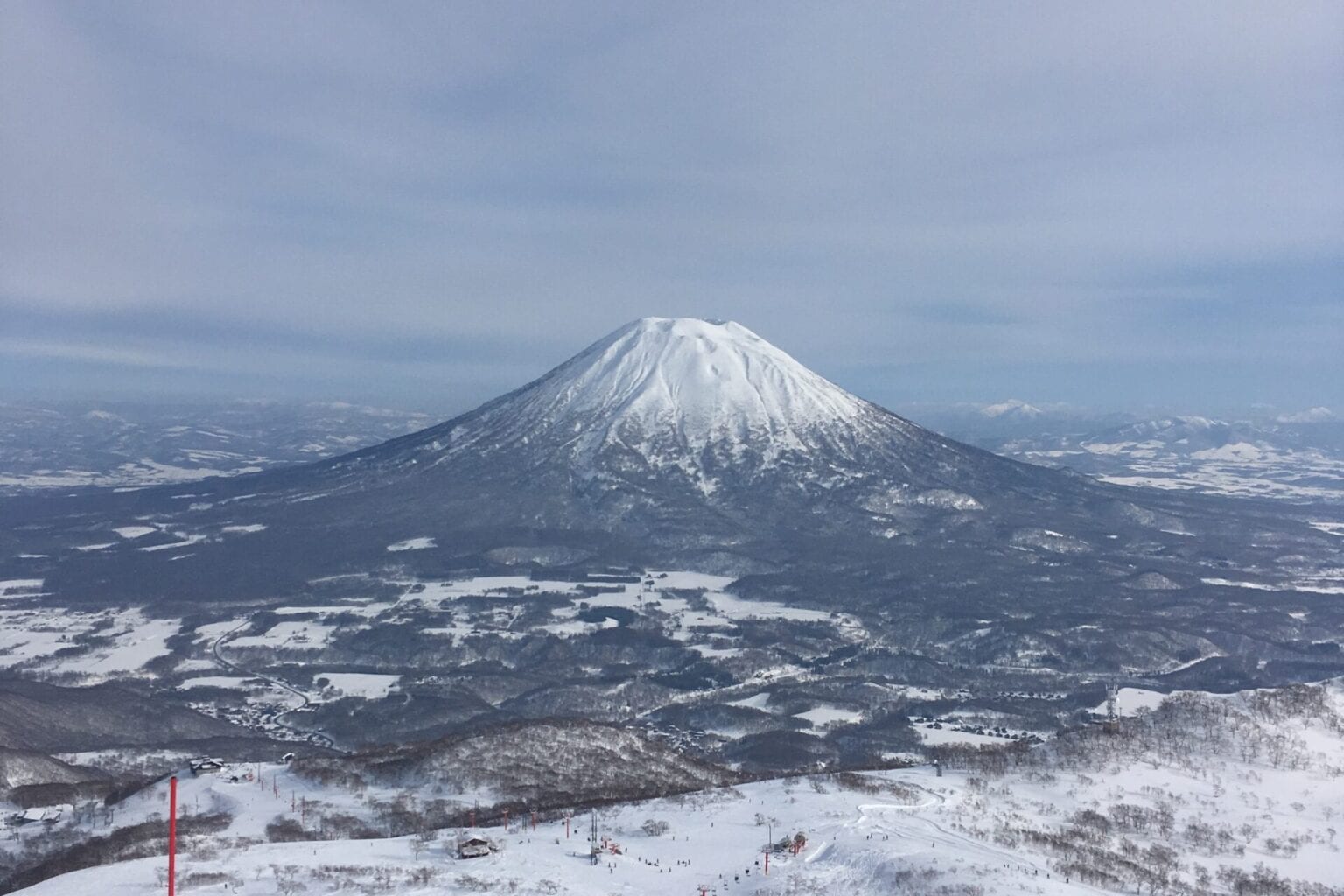 Mt Yotei is the supermodel of all volcanoes. A flawless Japanese snow cone planted among smaller, lumpier neighbours. From the village of Hirafu, she stands in full view across a patchwork of snowy fields. Known by locals as ezo-fuji – the Mount Fuji of the north island, Hokkaido – she glows rose-pink at dusk, while her deep-blue silhouette guides you home at night with silent surety.

In Niseko, Mount Yotei is the ski challenge on everyone’s lips. But her reputation also reaches skiers around the world. She is known for being one of the few places in the world where you can drop into a perfectly-circular volcanic crater. She has neither ski lifts nor buildings. And she only lets skiers grace her slopes when visibility, wind and avalanche conditions are safe.

So, it’s no surprise that the mammoth day trip is among the unmissable entries on Mabey Ski’s 4 volcanoes in 4 days.

I was lucky enough to cross it off my bucket list one Sunday in March 2017. The conditions were perfect to scale the 6,222ft and ski the crater. I teamed up with three other women and we decided to take on the 5-7 hour hike to do just that. Helena was Dutch, Marina was Danish, Louise was Kiwi and I was from central London. We had little in common other than our lack of mountaineering experience and our shared ambition to venture out of bounds. A bunch of guys we knew, who had climbed Yotei a week before, laughed at us as we plotted our route on a map spread across the wooden kitchen table. “You have no idea what you’re in for,” one said.

But with clunky touring skis, a packed lunch and wilful ambition, we stubbornly set out at 4 o’clock the next morning to meet her face-to-face. 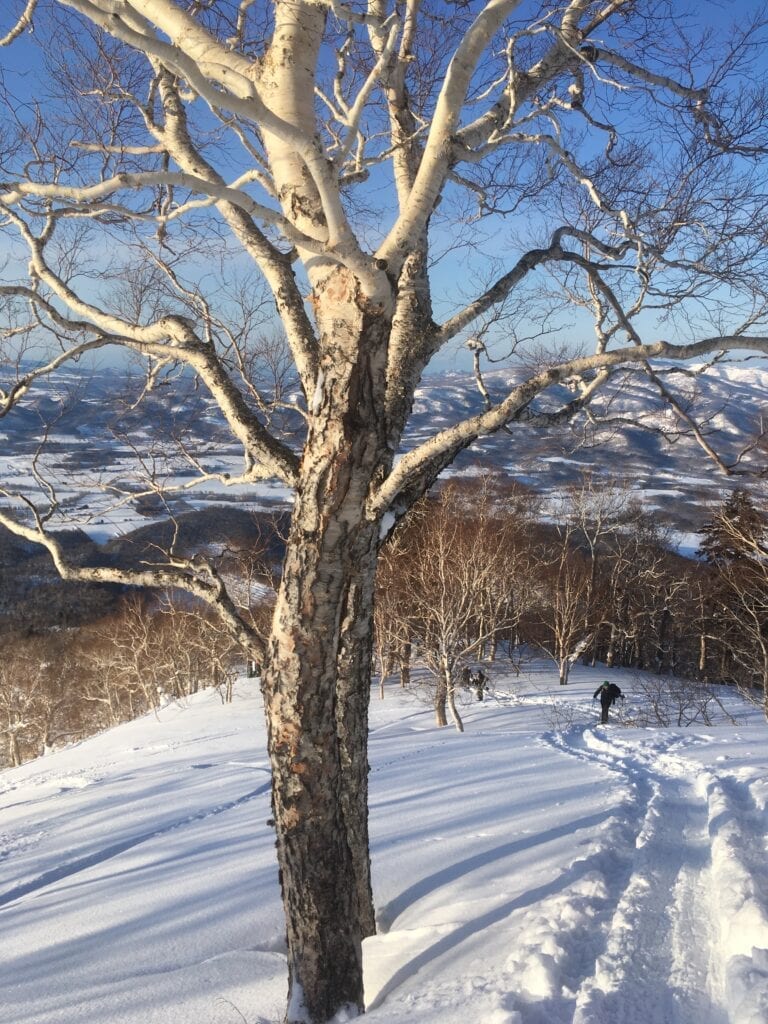 I remember Helena saying: “I think this is it,” as she pulled into an obscure car park at 4am. Up ahead, we could just make out a group of hikers entering the woods with tiny dancing bulbs in their head torches. Peering up into the dark, I could barely make out Yotei’s gargantuan north face. We cowered for a minute or two from the shelter of our warm car seats.

Out in the biting pre-dawn cold, we set off. Mountaineers ahead of us had carved out tracks between the Japanese birch trees and we gratefully skimmed over the slush in their wake. Click-shuffle-click-shuffle – we got into a rhythm and I kicked my skis up with energy into the dark-blue gloom. Saddled with a heavy rucksack, my back soon began to complain and my hands grew clammy. This is not going to be pretty, I thought.

An hour later, sunrise erupted through the trees and cast an amber sheen over layers of white. I remember us talking about how the orange glow was the best psychological fuel. It was not only deeply stunning but showed us that the quilt of snowy fields had fallen far below. We were actually making progress.

By the time we emerged above the tree-line, a searingly bright morning greeted us. We methodically and begrudgingly zigzagged uphill as the heat increased. Steam was radiating off the snow, like rice sizzling on a teppanyaki hot plate.

After four hours of sweat and panting and creaking bones, the slope started rising up to meet our noses – hitting at least a 50-degree angle. At this point, we could no longer skin and it was time to bootpack. We hitched our skis to our bags and almost crawled the remaining 300 metres to the summit, feeling like elderly snails with houses on our backs. Some hikers are faced with terrifyingly steep sheet ice on the final stretch to the top. But not us. Instead, we had to battle mushy snow that crumbled away beneath every single tread, like sinking desert sand.

Exhaustion met utter elation as the gradient finally began to plateau and solid ground levelled out underneath our boots.

I dropped my bag with skis clattering into a pile and ran to the crater’s edge. Still out of breath, I stood on the rim of what looks like a magnified china tea-cup. I stared for a moment into its marble-white bowl, triumphant. It was hands down one of the best moments I’ve ever had. Helena joined me and soon we were hugging and congratulating other hikers who made it too. We took photos of the landscape that stretched all the way to the sea.

No skiers had carved into the crater’s sparkling surface yet so we barely breathed before clicking in and dropping in. Imagine 200m of the most-perfect knee-deep fluffy powder imaginable. I could hear Helena’s “wooooooooooooooo’s and ahhh’s” behind me as we floated like feathers, turning side to side until we landed at the centre.

“Unreal,” Helena said as we reached the bottom. We took in the 360-crater walls towering above us before anticipating the climb out.

As we trudged up through the deep snow, skis on shoulders, my legs threatened to buckle many times. They were shot. But we could not resist a second round. I don’t know how I managed to crawl my way up to the ridge again. I had used every bit of energy that my 5ft 2” body could muster and had left none for the long ski to the bottom. 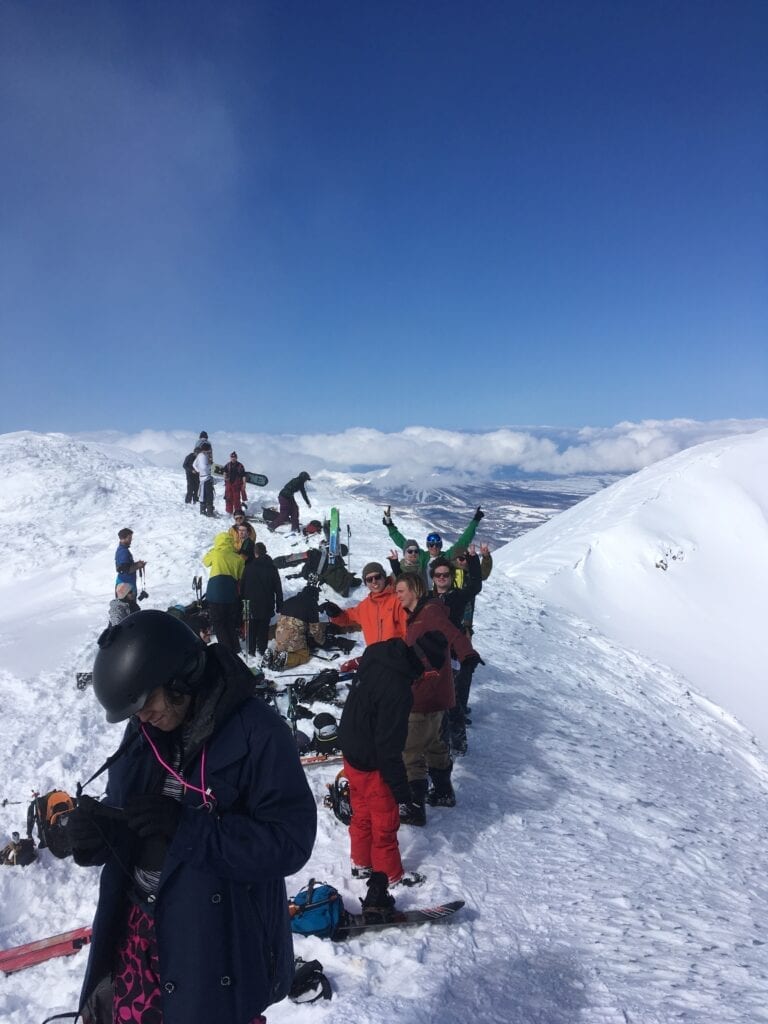 For some people, the ski down Yotei was the highlight – Japan’s powder at its finest. In the distance, the comforting sight of Niseko beckons warmly too. But the main thing I remember is that my legs shook violently the whole way. My legs were screaming in pain and only allowed me to continue in an odd spread-eagled sort of snowplough.

I also couldn’t forget the Australian snowboarder who we met on the descent and was heading straight to the airport. He waived us off as he surfed towards the highway. We laughed and watched him go.

At the bottom, we quietly took off our skis and wobbled towards the car. We perched on the bonnet and pulled off our boots, wiggling toes and massaging calves while Louise handed out bottles of Asahi.

As we piled back into the car, we still had two more stops to go. First, the old Milk Kobo diary just down the road where we could pick up some gooey Japanese cheesecake. And last, it was onto the Chinsenpuri onsen so we could soak our spent muscles in the hot spring under starry skies. 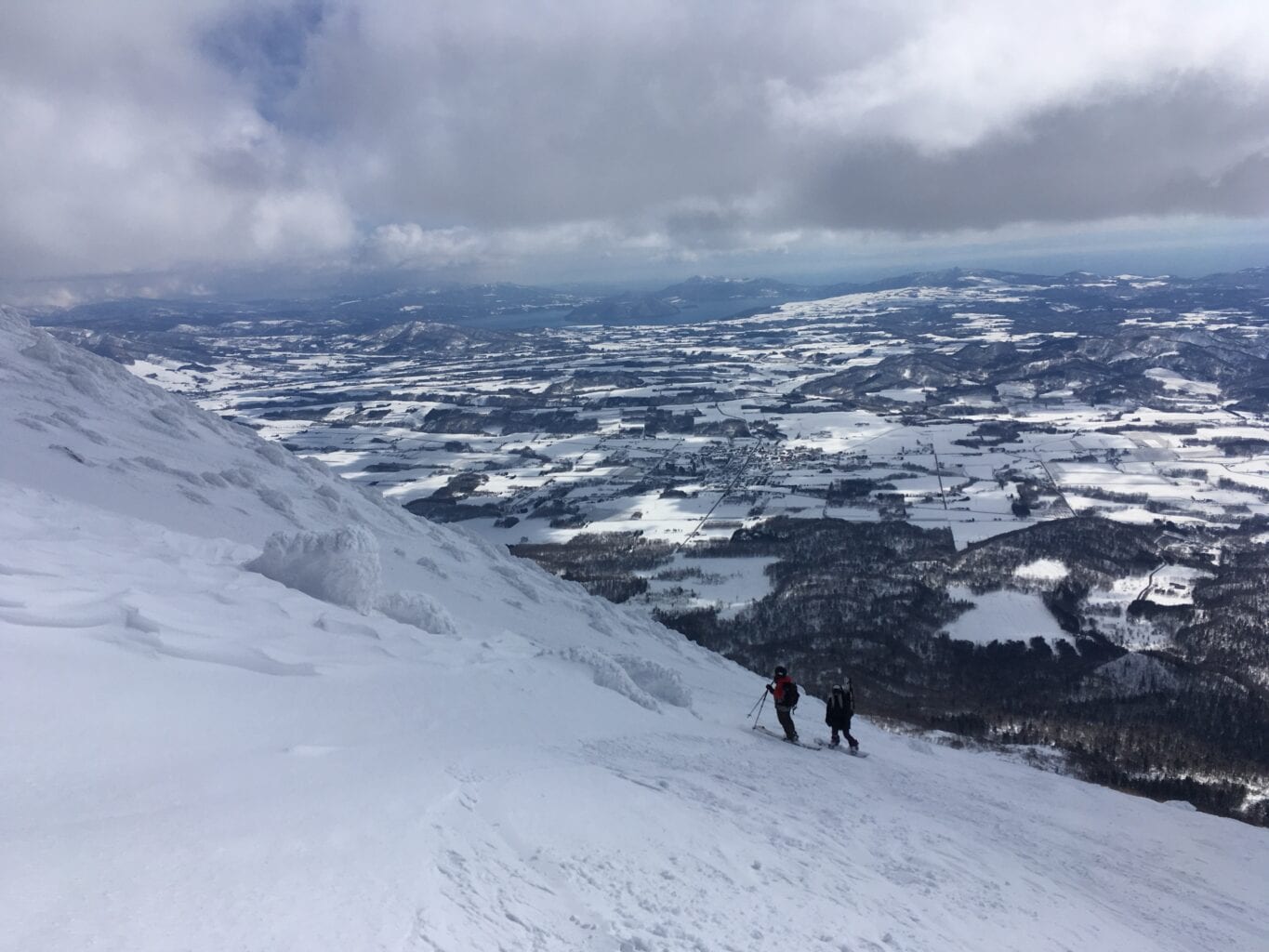 If you’re interested in getting off the beaten track in Japan, check out our upcoming hosted road trips in Hokkaido: 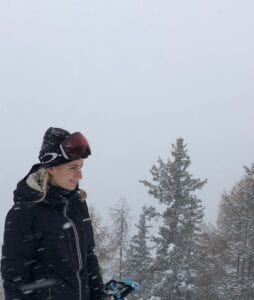 Rebecca is a British writer and journalist with bylines in the Evening Standard, the i, Financial Times, Metro, Metropolis Tokyo and Little White Lies. She has also worked as ski instructor around the world – in Japan, Australia, Switzerland and Canada. Her area of expertise include global affairs, politics environment, business and travel – particularly skiing in the wild, away the bounds of resorts.

Ski Touring From A Backcountry Lodge In British Columbia