How to Carbon Offset Your Ski Holiday 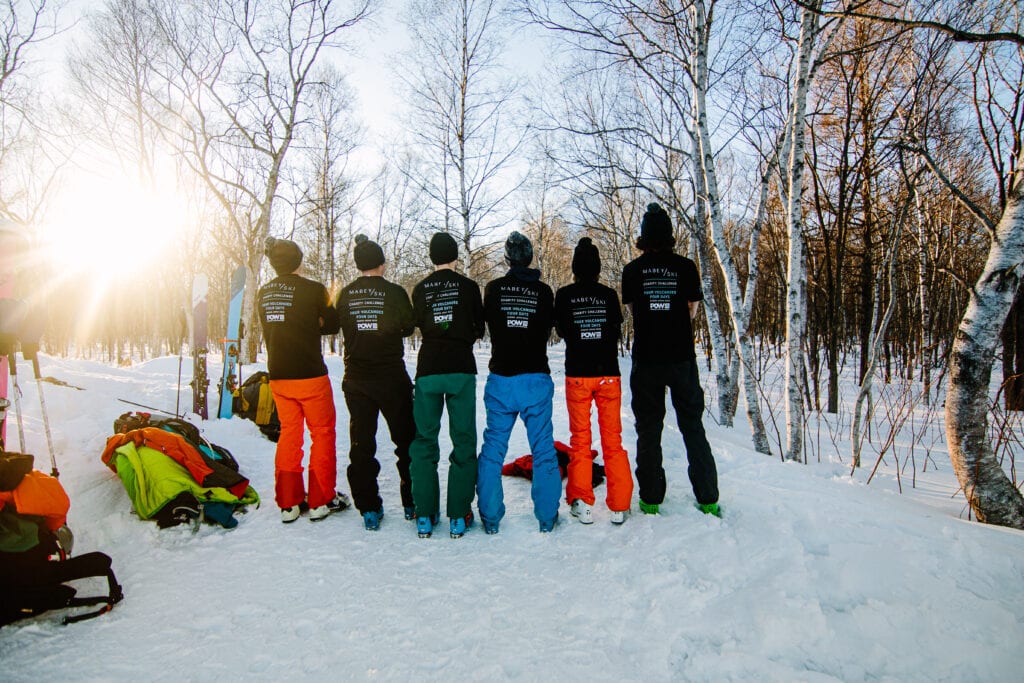 Not so long ago, the term ‘tree hugger’ represented a strain of particularly hands-on environmentalists. Occasionally seen tying themselves to trees threatened by deforestation, they were often cast aside as radicals or ‘hippies’. But fast forward a few decades and you’ll find these early advocates are no longer alone. As the world wakes up to the pressing need to cut emissions and reach net-zero targets, increasing numbers of climate scientists, politicians and stakeholders are taking an interest in the carbon-storing properties of trees and their potential to uphold nature-based offsetting schemes. In this post, helped by a little know-how from the team at climate action charity, Protect Our Winters UK (POW UK), I’ll introduce you to the essentials of carbon offsetting and when to use it on your next trip to the mountains.

What is carbon offsetting and how does it work?

So what exactly is carbon offsetting and how does your average tree fit into this? Put simply, the term refers to a wide range of schemes that use technological or nature-based solutions – such as planting trees – to capture the equivalent of greenhouse gas emissions created elsewhere. And in the realm of air travel, where huge CO2 emissions remain a significant mogul on the path to net-zero, there are clear opportunities to utilise offsetting whilst we wait for scientists to crack the recipe for electric planes and more sustainable fuels.

If you recall my previous post, where I (hopefully) brought your attention to the need to reduce our carbon footprints drastically in order to protect our seasons and mountains, the idea of planting trees to ‘pay off’ flight emissions will sound like a great way to lessen the impact of your travel choices. But before you lunge at your keyboard and hit up the first carbon offsetting search result to pop up on Google, there are some things you need to know… 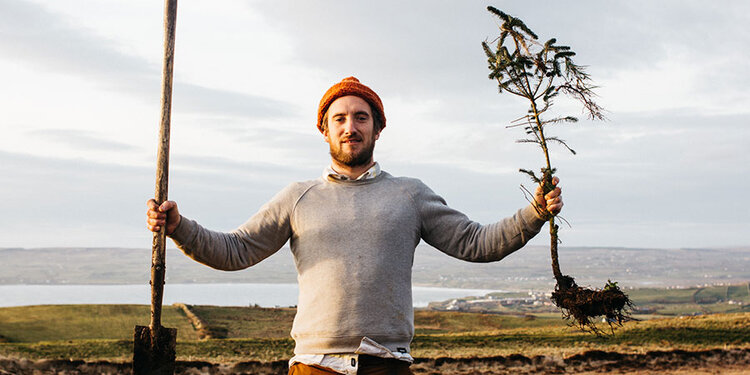 Carbon offsetting, for example by way of reforesting, or forest creation, has quickly become part of the marketing playbook for corporations competing to show their climate action credentials. Yet, speaking to the dedicated team at POW UK, there are some essential things to remember before you take conversations around paying off CO2 emissions at face value.

Like the skier who has lost their lift pass at the front of the queue, the aviation sector is one industry holding up progress in a world ready to get going on cutting emissions. It’s a tricky area in which to implement our low carbon ambitions, and unsurprisingly, something airlines won’t tell you is that the quickest route to reducing emissions is to avoid creating them in the first place.

Sure, we all love the feeling of checking in that last bag and finally waving off those painfully heavy skis (or bag of rocks) as they travel down the conveyor belt towards snowier pastures. Of rushing to the airport lounge bar to nurse that long-awaited pre-flight beer. But, as POW UK reminds us, facing up to the amount we fly, and larger distances we often cover must come before we attempt to recapture the emissions created by air travel. And to put this into perspective, in 2019, a report commissioned by The Aviation Environment Federation claims that in one year, taking a single return long-haul flight can generate the equivalent of a whole year’s worth of driving for a UK citizen. If this is shocking to you, it may be time to explore the available alternatives for your next ski trip.

But choosing the greener route doesn’t have to feel like facing a black run on the last day of a physically taxing ski trip, and less carbon-intensive alternatives often come with a host of other benefits, in addition to reducing environmental impact. For example, travelling to a slope closer to home will not only boost the time you get to spend on a chairlift rather than a plane but also generally reduce the emissions produced to reach your end destination. Alternatively, trains, buses or even car shares are all significantly lower carbon options that will still get you from A to B – all whilst avoiding hectic airport security, tedious queues, and offering more diverse views for the window gazers among us.

“flying, particularly longer distance trips, should be treated as occasional, infrequent adventures, rather than a yearly must-have in the ski calendar.” 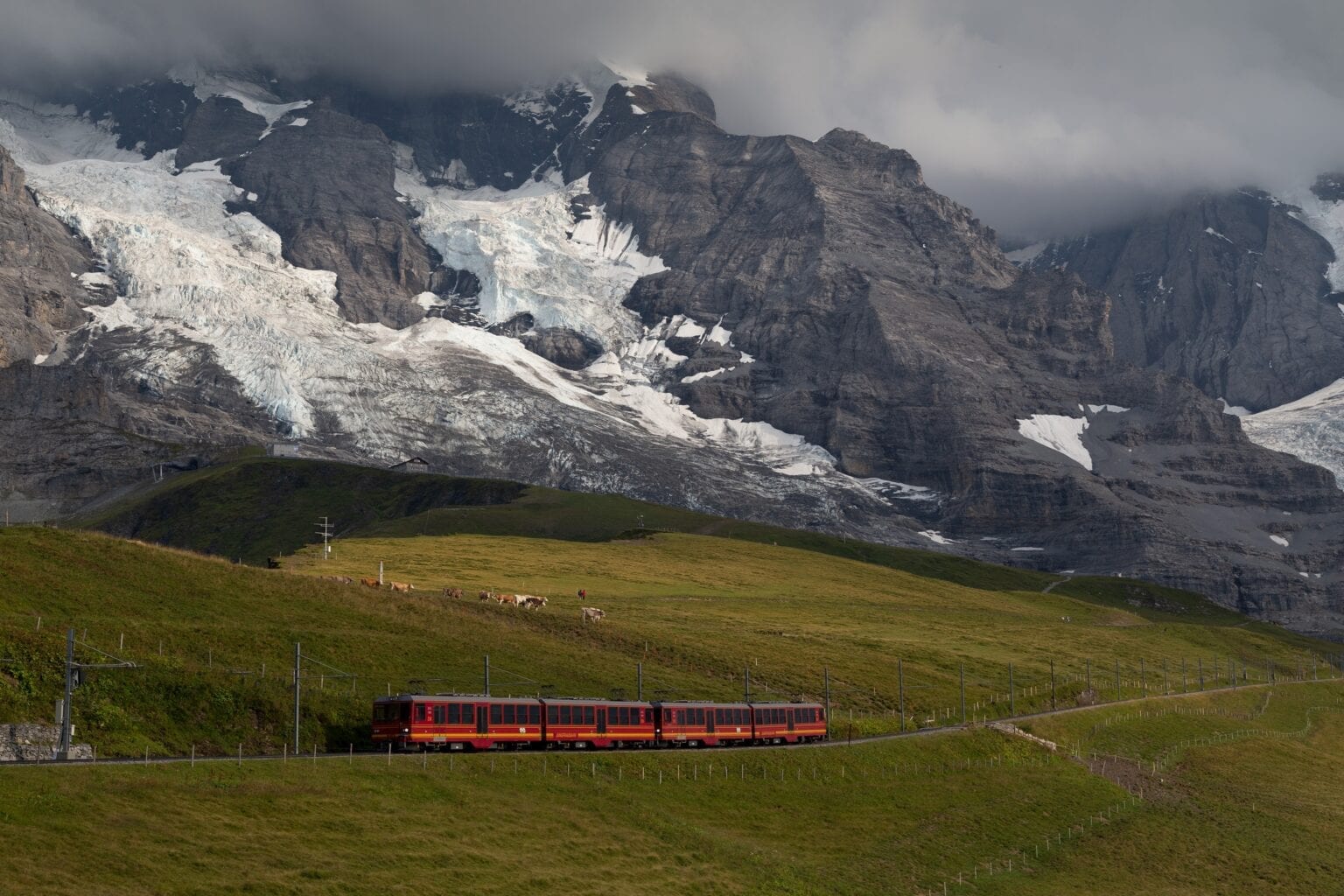 How to carbon offset a better way – the essential checklist

Unfortunately not all offsetting schemes are created equal – and some are better than others. Without the right certification or evidence of their actual implementation, picking a less reputable scheme could see your well-intended offsetting efforts go to waste. Just as you wouldn’t choose your skinniest park skis and thinnest jacket to take on the powder storm of the year, picking the right offsetting scheme is all about careful consideration and preparation.

The first step in finding the right option is to check the ‘additionality’ of the scheme. This simply means guaranteeing that the purchased offset is actually removing greenhouse gasses in the atmosphere and therefore reducing the net impact of the emitting activity. Following on from this, there are many more factors that can impact the credibility of an offsetting project. Among these, tree permanence, double counting, CO2 leakages and riding off already existing schemes are all very real problems that can make or break the success of offsetting.

Fortunately, however, third party certification bodies like Gold Standard, VCS and Plan Vivo exist to do the heavy lifting for us. And if the offsetting scheme you had in mind is stamped with one of their logos, you’re onto a winner. But it doesn’t end there. In addition to assuring the scheme is credible and verified, in some cases it is now possible to track the live implementation of your offset too. You may recall one of our previous blog posts, where Mabey Ski interviewed the founder of the fantastic reforestation and rewilding project, Mossy Earth. And in a nifty approach to validating their own offsetting services, this organisation offers GPS and satellite tracking of their projects – so that you can always see how your money is being used. 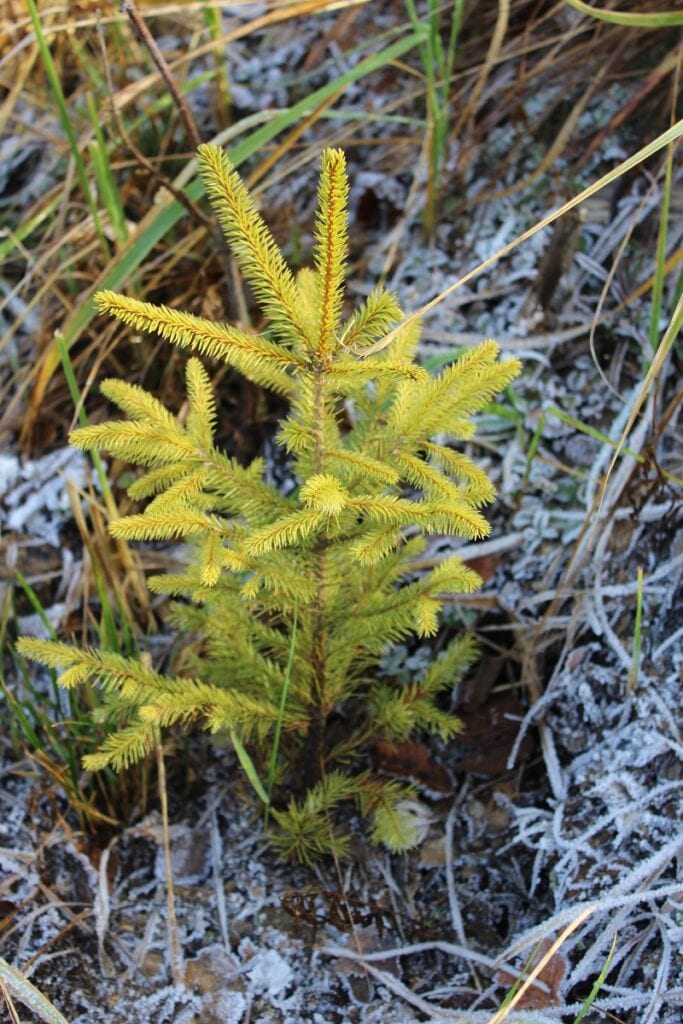 It’s also a good idea to consider what the project is actually doing, and what other benefits it will create to communities and biodiversity. Particularly, when we talk about offsetting within the context of rewilding and reforestation, it’s clear that there are benefits beyond simply recapturing carbon. As skiers, we love trees. We love the way they look, dusted in snow and ice on the slopes. We love weaving in between them on an impromptu dash off-piste. And we should also love them for their ability to restore biodiversity, support local livelihoods and protect habitats. They carry a whole host of extra benefits that risk being overlooked within narrow discussions of payoffs and technicalities, and it’s important to remember the additional perks that nature-based solutions offer when faced with wider debates around offsetting.

So, to put all of this into a nutshell. In order to stay on track with lowering emissions in the long run, carbon offsetting should be seen as the final stop on the avoid, reduce, offset continuum. Think of it as the cherry on top of the cake – something that can complement a full recipe of ingredients combined together to reduce emissions, but it’s not much good on its own. And whilst it certainly doesn’t offer a ticket to climate redemption, if used in the right way, carbon offsetting could have a valuable place on your next big ski trip, and in helping to protect the mountains we love. 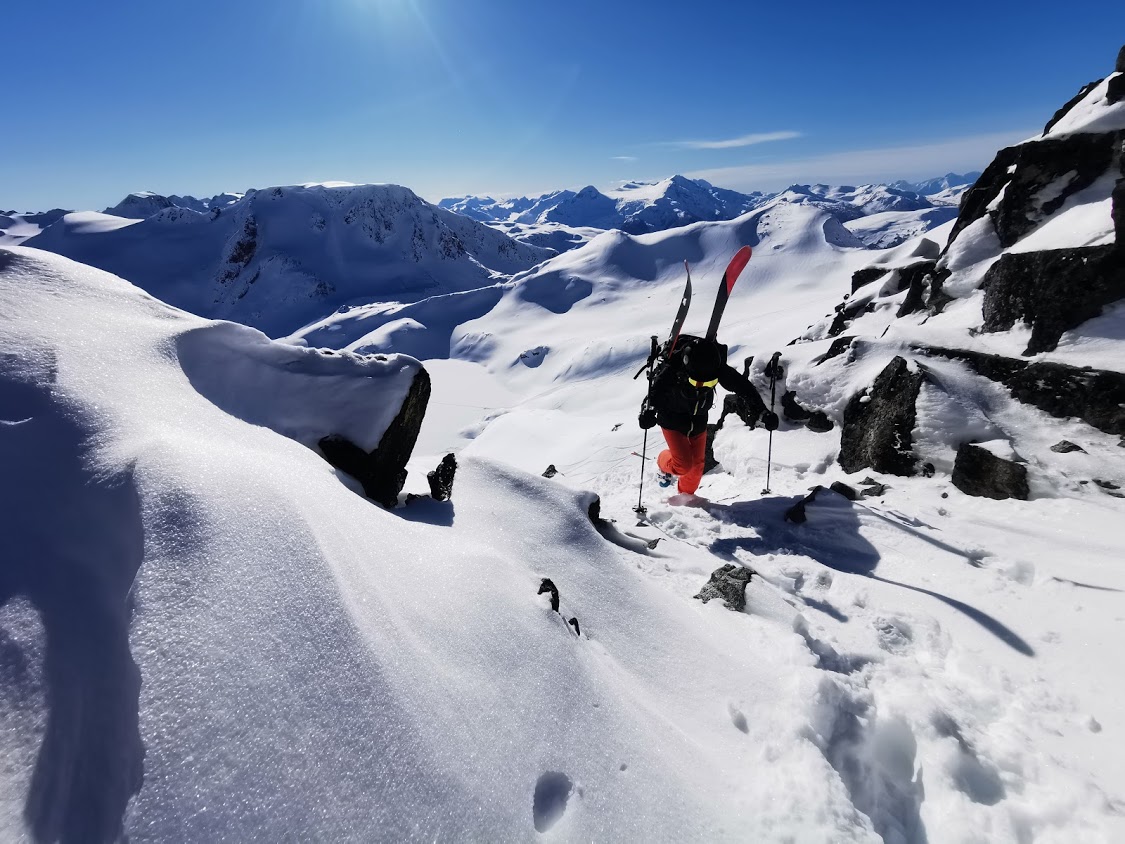 As this post indicates, there’s a clear case for using reforestation projects in the realm of carbon offsetting. And in line with our own commitment to climate action at Mabey Ski, we called upon Mossy Earth to help offset our Ski Challenge in February 2020 – where a small group of challengers came together to take on four volcanoes in four days, in support of POW UK. The challengers swapped carbon-emitting chairlifts and snowcats for touring skis and split-boards in order to summit each of the volcanoes. Over 50 trees were planted at Mossy Earth’s Reforestation project in Ireland to offset the challenger’s carbon footprint.

For more information on what you can do to help fight climate change, visit our partners at Protect Our Winters. 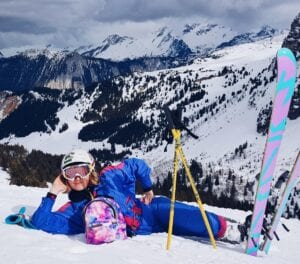 How To Train For Your Upcoming Ski Or Snowboard Holiday